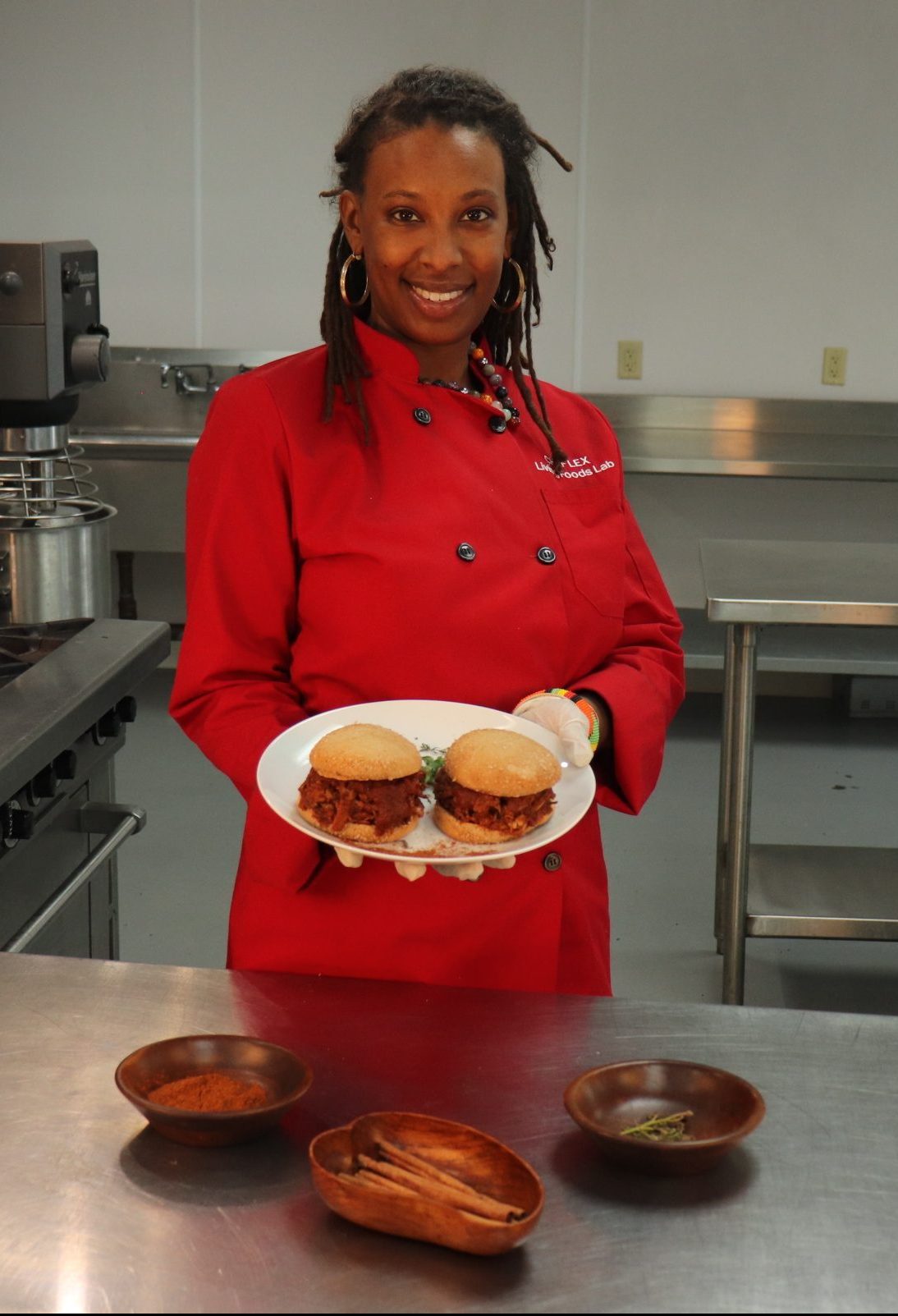 The Revive Center is excited to welcome Chef Lex Ewing as one of our featured chefs.

During the months of February and March, the Center will begin the process of reopening and will introduce and host African-American chefs from Omaha serving a variety of unique and excellent foods.

She kicked off the month by preparing delicious meals on Friday, February 5th with a great response during First Fridays Omaha.

Moving forward, Chef Lex will have meals available for curbside pick up on Thursdays and Fridays.

Curbside pickup will be made available in the parking lot on the west side of the building located at 24th and Lake.

For a sampling of what Chex Lex will have available, please check out some of the items that will be on the menu:  https://reviveomahamagazine.com/curbside-pick-up-from…/

More items will be added each week.  Please help us welcome Chef Lex and look for more announcements coming soon from the Revive Center Omaha in the Village at 24th and Lake!

How Are You Feeling? Here’s a quick way to check your health… 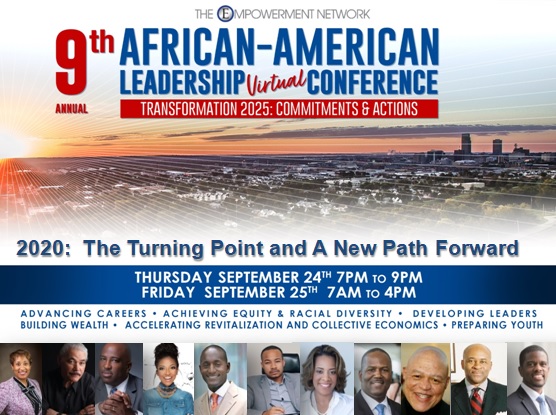 Hundreds of leaders and influencers convened with the understanding that the economic progress of African-Americans has a direct and positive impact on people of all races and ethnicities.

Research conducted by MAPA shows that in the Omaha/Council Bluffs region, the area would experience an increase of $4 billion in economic activity by addressing racial inequities and maximizing its diversity.

The AALC event has grown into one of the largest gatherings of African-American leaders in the nation focused on economic progress and closing wealth, health and educational gaps.

The theme this year was “The Turning Point and a New Path Forward.”

“After an unprecedented year of addressing what can be considered as four pandemics, including health, economics, police/community tensions and racial justice, African-American leaders and allies from across the country gathered virtually for two days of inspiring and results-oriented discussion, strategy and action,” said Willie Barney, President of the Empowerment Network.

“We believe this year, even with all of its challenges, can be a year of transformation for African-Americans and others.”

“We really focused attention on ownership, wealth and career advancement,” said Vicki Quaites-Ferris, Director of Operations for the Empowerment Network.  “This was one of the best groups of national, regional and local speakers we’ve ever had for the conference.”

Thursday night kicked off with a powerful presentation by Dr. Randal Pinkett, CEO of BCT Partners, on the benefits of racial equity and diversity.  And, for the first time, the conference featured a special regional panel.

Leaders from Minneapolis, Ferguson/St. Louis, Kansas City, Madison, Quad-Cities and Cleveland discussed the racial disparities faced by African-Americans in the Midwest and the innovative solutions being implemented on the ground in those cities to address the gaps.

Teresa Hunter, CEO of Family Housing Advisory Services and John Ewing, Douglas County Treasurer, shared briefly about the collective and collaborative strategies that resulted in measurable outcomes for African-Americans in Omaha, pre-Covid, and new recommendations to maintain and accelerate progress during and beyond the crisis.   Cities from across the nation have expressed an interest in replicating models developed and implemented in Omaha to reduce unemployment, decrease gun violence, improve educational outcomes and catalyze large scale revitalization.

Hall of Fame business leader, George Fraser, CEO of FraserNet along with Dr. Pamela Jolly, CEO of Torch Enterprises and Jaylen Bledsoe, 22 year old CEO of Bledsoe Collective, closed out the evening with a national panel examining how the simultaneous pandemics are impacting African-Americans across the country and outlining strategies to transform this moment into a turning point.

Friday was a full day of large group keynote presentations from the main auditorium and interactive breakout sessions featuring national and local speakers focused on addressing poverty and closing gaps by building wealth.  The virtual conference web-site was designed by Michael Young of Technology Consulting Solutions and Jonathan Chapman of the Empowerment Network and Church on Purpose.  Chapman also managed the production of the two days of interactive media and speakers.

The day started with a historical look at how policies and systems have impacted African-Americans and created some of the issues faced today including tension between police and black communities and the large and growing wealth gap.

Barry Thomas, Director of Equity and Inclusion at Omaha Public Schools and former Director of Social Studies, gave a compelling presentation on the history of African-Americans in the state including the parents of Malcolm X.  Thomas pointed out that the state of Nebraska came in to existence partly because of the Haitian revolution which caused France to sell land to the United States known as the Louisiana Purchase.

Dr. Randal Pinkett and three members of the Redefine the Game cohort gave a stirring, challenging and empowering presentation on the topic bringing our authentic selves into the work environment.  Pinkett played a video clip featuring the late Chadwick Boseman as he played one of his most memorable roles, Jackie Robinson in 42.  “God made me to last,” Robinson replied after being challenged by racists as he broke the color barrier in the major leagues.

Dr. Strong, Director of Inclusion at UNMC, sent a special message for women in the audience in recognition of the decision regarding Breonna Taylor.  Dr. Chris Whitt, Associate Provost for Diversity and Inclusion at Creighton University, reminded attendees that they cannot leave their identity and who they are at home.  And, LaKeisha Gatson-Dunham shared wisdom about advancing in the corporate Omaha while still being authentic.  All said the Redefine the Game Institute was a great place to network, build a cohort of strength and helped them to confirm their purpose.

For the fourth year in a row, a panel of local CEOs highlighted their personal and professional commitments to support African-American led initiatives and strategies.

The conference included announcements of Big and Bold Commitments and Actions from CEO’s and other leaders as part of the next phase of the Transformation 2025 plan.

One CEO gave a preliminary report of partnering with the Network and others to bring as many as 200 jobs to North Omaha.  A formal announcement is coming soon.

Another CEO provided an updated on the innovative partnership with the Carver Legacy Center and a commitment to assist with community revitalization efforts.

The final CEO on the panel gave an overview of his companies commitment to do more business with black-owned and minority-owned businesses.

These are just a few examples from three of 15 CEO’s that have made Big & Bold Commitments.  More announcements are coming in the next few months.

Participants were encouraged to purchase lunch from black owned restaurants.  In addition, throughout the day attendees participated in online networking sessions, interacted with speakers and attended a virtual black business expo.  A number of businesses presented their products and services in a virtual environment.

John Beasley, a North Omaha native, was recognized with the African-American Legends Award for his international work and success in the areas of acting, directing and producing.

The afternoon featured well-attended sessions on:   addressing racial unrest and the health pandemic; preparing youth to lead; creating new models for black-led revitalization; developing districts and spaces where African-Americans and others can gather socially for arts, culture and entertainment; and mobilizing voters to impact policy. 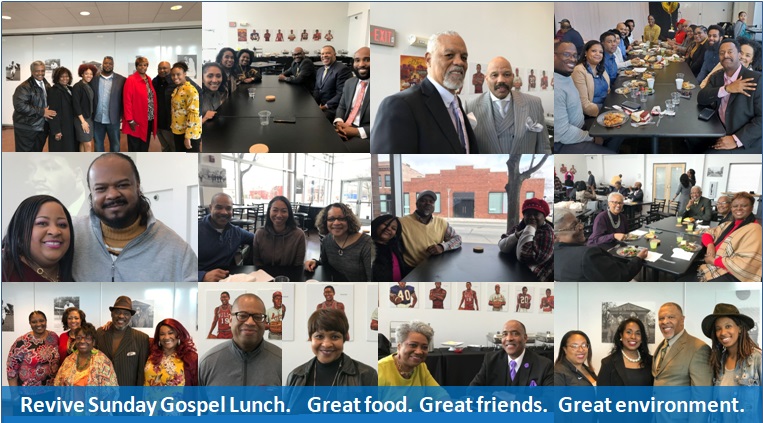 Experience the best brunch in the city.

Space is limited. Select your Brunch Options from the right by clicking the Add to Cart button to purchase your tickets.